An analyst with the San Diego Sheriff’s Department and a member of the San Diego Human Trafficking Task Force (HTTF) presented at HT-RADAR’s third quarterly meeting on October 28.  The meeting drew more than 40 researchers, data analysts, and other stakeholders such as survivors, victim services, law enforcement, prosecution, and educators.  The speaker offered insider information about the HTTF, trends in human trafficking and CSEC in San Diego, how human trafficking researchers can work best with law enforcement analysts, and the HTTF’s top research needs.  HT-RADAR offers unique opportunities to learn and collaborate across sectors to help meet research needs in the San Diego / Tijuana (SD/TJ) region.  Other agenda topics included information about HT-RADAR’s new website, updates about the HT-RADAR 2017 Human Trafficking Research Conference, and roundtable introductions and discussion.

Luz Aramburo and Zach Lickteig have joined Point Loma Nazarene University’s Center for Justice and Reconciliation (PLNU/CJR) as HT-RADAR’s 2016-2017 interns.  Luz is a Junior Business Administration major at PLNU.  Zach is a Freshman International Development and Spanish double major at PLNU.  They will be assisting Research Associate, Bernadette Winter-Villaluz, in HT-RADAR’s growing work.  This includes contributing stories to HT-RADAR’s quarterly newsletters, maintaining the resources featured on HT-RADAR’s new website, and expanding the network to include more Tijuana stakeholders.

Trafficking of Women and Children in Mexico: An Assessment of Anti-Trafficking Laws 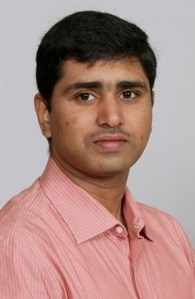 Mexico is a source, transit, and destination country for human trafficking, where the majority of the victims fall into sexual exploitation and some of them are exploited in forced labor in agriculture, domestic service, food processing factories, construction, the informal economy, begging and vending. Mexico signed the international human trafficking treaty in 2005, the first anti-trafficking law was formulated in 2007, and again in 2012 the federal government presented a new anti-trafficking law and was reformed in 2014. This illustrates that during the last eight years there has been significant progress achieved in legislation on anti-trafficking issues, but the implementation of the law has not been observed due to dysfunctional law enforcement. Thus, in the present paper we have utilized information available at national and international level to analyze the progress achieved by the Mexican Government in tackling the human trafficking problem. Also, in this study we have examined the strengths, complementary issues as well as biases of the 2007, 2012 and 2014 anti-trafficking laws to offer recommendations to assist policies and actions.

Arun Kumar Acharya, PhD, is a Professor and Researcher at la Universidad Autonoma de Nuevo Leon, Monterrey, Mexico for the Instituto de Investigaciones Sociales (Institute of Social Investigations), where he is currently focusing on the perspectives and implications of internal and international migration with regard to human trafficking.  For the last five years, he has been the Coordinator for the UANL Doctorate Program and Human Resources Training.  Dr. Acharya has published four books and several journal articles on human trafficking and migration.  He is part of the editorial advisory board of the French Journal Revista de Cercetare si Interventie Sociala and the Mexican Journal Trayectorias: Revista de Ciencias Sociales. 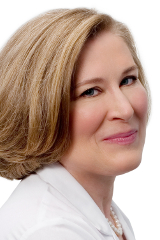 Human trafficking is a global problem and constitutes a grave human rights violation, affecting more than 20 million individuals worldwide. This brutal crime often results in both short- and long-term physical and psychological harm to its victims. We provide a systematic review of U.S. laws that address education about human trafficking and/or mandatory reporting requirements that affect healthcare providers and other professionals across the United States. Thirteen U.S. states now have laws that address education about human trafficking, while seven specifically require mandatory reporting of minors who are victims of trafficking. The findings are instructive to not only practicing physicians and other professionals, who are now mandated reporters of trafficking victims in some states, but also to regulatory and legislative bodies contemplating enacting such laws in an effort to address trafficking.

Note from the author:  Since publication of this paper, New York State has passed legislation that requires every general hospital, public health center, diagnostic center, treatment center or outpatient department to establish written policies and procedures for the identification, assessment, and appropriate treatment or referral of persons suspected of being human trafficking victims as well as training for physicians, nurses and other clinical care personnel in service units in those facilities regarding those policies and procedures.

Holly G. Atkinson, MD, FACP, FAMWA, is Assistant Professor of Medical Education at the Icahn School of Medicine at Mount Sinai and Distinguished Medical Lecturer at the new CUNY School of Medicine in New York City. Dr. Atkinson served on the board of directors of Physicians for Human Rights (PHR) for more than 16 years, including four years as President.  She now serves as an expert medical advisor to the organization and is a member of PHR’s asylum network.  She is a Fellow of the American College of Physicians and the American Medical Women’s Association, where she co-chairs AMWA’s Physicians Against Human Trafficking (PATH) initiative. Additionally, Dr. Atkinson is a member of the AOA Honor Medical Society, the American Public Health Association, and of the Council on Foreign Relations.

Health Care and Human Trafficking:  We are Seeing the Unseen 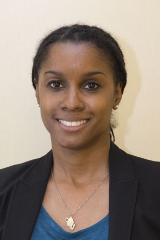 Makini Chisolm-Straker, MD, MPH, is an Assistant Professor at the Icahn School of Medicine at Mount Sinai and emergency medicine physician at Mount Sinai Brooklyn.  Dr. Chisolm-Straker serves on the US Department of Health and Human Services’ Technical Working Group for the SOAR initiative, sits on the Advisory Board of ECPAT-USA, and is a co-founder and the Secretary and Treasurer of the Board of Directors for HEAL.  She has worked clinically, administratively and as a consultant all over the world, and volunteers at the Libertas Center for Human Rights in Jackson Heights, Queens, New York, providing medical affidavits for those seeking asylum in the United States.

A Review of U.S. Health Care Institution Protocols for the Identification and Treatment of Victims of Human Trafficking 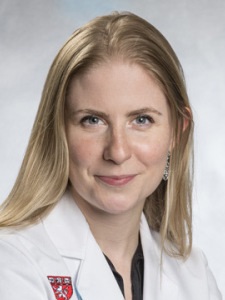 The purpose of this study was to characterize and assess human-trafficking (HT) identification, treatment, and referral protocols of U.S. health care service provider institutions. A total of 30 protocols from 19 states and 2 national organizations were analyzed. Across the protocols, the most commonly listed indicator of HT victimization was patient history of physical- or sexual-abuse victimization, which was included in 73% of the protocols. In addition, the majority (70%) of the protocols listed ≥ 1 medical-symptom indicator of HT victimization (e.g., bruises, scars, frequent injuries), ≥ 1 indicator based on a patient’s apparent dependence on another person (e.g., patient not in control of personal identification), and ≥ 1 indicator related to how the patient communicates (e.g., inconsistencies in the patient’s story about his or her medical condition). A smaller proportion of protocols included indicators of HT that pertained to housing (60%), the patient’s appearance (47%), the patient’s mental health (63%), sexual history (63%), or technology-related indicators such as the patient possessing explicit digital photos of himself or herself with another person (20%). We conclude that additional research is needed to establish ideal protocol content but propose that in the interim protocol developers consider using practice-informed and evidence-based information that pertain to six areas of victim identification and assistance.

Hanni Stoklosa, MPH, MD, is an emergency physician at Brigham and Women’s Hospital with appointments at Harvard Medical School, Harvard T.H. Chan School of Public Health, and the Harvard Humanitarian Initiative.  She is the Executive Director of the Board of Directors for HEAL.  She has also advised the U.S. Department of Health and Human Services, Department of Labor, and Institute of Medicine on issues of human trafficking and testified as an expert witness multiple times before the US Congress.  Dr. Stoklosa is a well-recognized investigator, advocate, and speaker focusing on the health of trafficking survivors in the US and internationally.  Moreover, she has conducted research on trafficking and vulnerable populations in a diversity of settings including Australia, China, Egypt, Guatemala, India, Liberia, Nepal, Kazakhstan, the Philippines, South Sudan, Taiwan, and Thailand.