Written by Katie Quinn, CJR Student Initiatives Coordinator
Bandak Lul is a program specialist with the Texas Office of the Attorney General. Previous to this, he worked at the Arizona State University Office of Sex Trafficking Intervention Research (ASU STIR) for 5 years where he published numerous research projects looking at characteristics and patterns of labor trafficking in the United States. Bandak has also served as a member of the Human Trafficking Leadership Academy (HTLA), the Global Human Rights Hub (GHR), and the Global Association of Human Trafficking Scholars (GAHTS). Along with serving, he was an advocate for the Lutheran Immigration and Refugee Service and was a national leader for the LIRS-Migrant and Refugee Leadership Academy. These experiences shaped Bandak to become a leading force in research and immigrant advocacy on a national level. Bandak’s perseverance and drive have benefitted not only the lives of immigrants and refugees but have also contributed to education and action for the general public.
Bandak Lul came to the United States in 2006 as a refugee from South Sudan. He encountered various challenges throughout the process, such as leaving part of his family behind and entering into a new culture but confronted these struggles head-on. Shortly after his arrival, Bandak took it upon himself to pursue additional education. “We were taught that you could make a difference by having knowledge of something that you learn in school,” he explained. His dedication to making a difference through education led him to get his master’s in social justice and human rights at Arizona State University and pursue research at ASU until August of 2021. When entering his master’s program, he became interested in looking at the refugee experience in refugee camps and when seeking asylum. In this research, Lul saw that human trafficking was a common theme in these settings, and from there dove into his research focused on human trafficking of migrants and refugees in the United States. Since then, he’s published numerous studies on labor trafficking, one of the most recent being an eight-year analysis of child labor trafficking cases in the United States: Exploring characteristics, and patterns of child labor trafficking, published in 2021.
Being an accomplished leader within human trafficking research comes at a price, and Lul confronts the hardships of the field and his feelings of being overworked by focusing on self-care and the importance of seeing a therapist. Bandak states, “In this line of work there’s no way that anyone cannot be in some sort of coping mechanism. You have to have someone to listen to what you’re going through.” He said in order to be a good advocate and take care of yourself, you have to process what you are experiencing every day. As a black man who came to America as a refugee, he expresses there can be an added layer of pressure to continually prove himself as an academic. Lul says he can better process the situation by taking a step back and finding alternative ways to approach his role, not only helping him but those around him as well.
With his new role in the Texas Office of the Attorney General, Lul has plans to focus more on community outreach and directly impact the world of civil and criminal law. “My new role gives me opportunities to continue research in human trafficking,” he said. “However, the nature of my research might shift as it will be focused on case outcomes and reported cases to law enforcement agencies.” As he gets more acquainted with law, he hopes to create a future for himself in the executive branch and is even considering law school.  Lul pushes himself to his work directly with his surrounding community. In his new position, he hopes to have a hands-on impact and tackle the injustices of human trafficking through the government from a researcher’s perspective.
More Work by Bandak Lul can be found HERE. 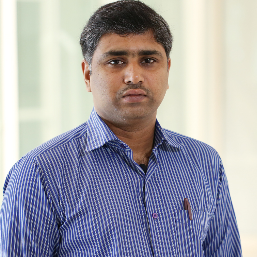 Dr. Arun Kumar Acharya is a well-established researcher whose passion for human trafficking research shows through his work. Up until 2018, Arun taught and conducted research on sex trafficking at the Universidad Autonoma of Nuevo Leon, Monterrey, Mexico for 12 years. Arun is also the founder of the Mexican Center for Migration and Human Trafficking Studies in Monterrey. During his time in Mexico, he has published more than 50 research papers in journals worldwide and has published 6 books on human trafficking in Mexico. Since his time in Monterrey, he decided to shift gears and move back to East India where he has started conducting research on labor trafficking.

When discussing his transition from sex trafficking research to labor trafficking, Acharya said that one of the biggest reasons for the move was the lack of research in labor trafficking. In East India, thousands and thousands of families, mainly in the lower class, move to areas where labor trafficking is plentiful because they need jobs. Since COVID-19, the demand has increased exponentially and the traffickers are no longer just taking the males, but whole families with them as well. Acharya saw this problem increasing and dove into conducting research in hopes to help the families being exploited.

Acharya first became aware of human trafficking when pursuing his master’s in Gender Equity in Mumbai, India. Upon starting his program at a University in Mumbai, the largest red-light district in Asia, he frequently saw women on the street and began questioning why they were there. To encourage these thoughts, trafficking became a  discussion about gender equity, and Acharya knew this was something he felt called to educate himself. From there he pursued a Ph.D. in Mexico, however, whenever he expressed interest in human trafficking, he was frequently shut down due to a lack of awareness of the severity of trafficking in Mexico. He decided to continue his course regardless, and in 2006 he presented his thesis on sex trafficking and started working with the Mexican government on strategies to fight it.

In the 20 years that Arun Kumar Acharya spent working on human trafficking research, significant changes and improvements in trafficking laws have been made on a global scale. One of the greatest moments in his research career was in 2015 when he was invited to attend a conference in D.C. to present on the “Fragility of the Mexican State and Gender Inequality: The Case of Trafficking in Women.” During this conference, he discussed his research and the conflict of how sex trafficking is only being addressed as an issue of migration and should also be addressed as a health and gender equity problem. This moment changed the focus of his research and encouraged him to focus on labor trafficking as well.

Conducting research on trafficking in Mexico is not an easy job, and Acharya shares his personal difficulties working as a researcher throughout the years, “One of the biggest challenges is threats.” He explains how situations easily escalated during his studies and how he was threatened several times in the past. However, Acharya took these experiences and turned them into motivation. He expresses that if he is getting threatened for trying to have a conversation, the girls he is trying to help must be facing much worse. The idea of helping women out of these situations and giving them the opportunities to create a better future is the main reason Acharya is in this line of work and it motivates him to keep pursuing it every day.

More Work by Arun Kumar Acharya can be found HERE.

ABSTRACT
There is growing interest in the use of community-based approaches to address the causes of modern slavery and the related goal of building anti-slavery ‘resilience.’ However, the concept of resilience is often poorly understood and applied without attention to the specific challenges of anti-slavery policy and practice. This paper provides a conceptual framework for understanding the process and outcomes of building resilience against contemporary forms of slavery within place-based communities. Inspired by established ecological models of resilience, we propose an adaptive ‘resilience cycle’ that activists and policymakers can draw upon to inform the process of designing and delivering policy interventions. This process is combined with a review of evidence about the multi-level social determinants of modern slavery to suggest a framework of topic areas for local review and measurement, as a means to assess existing gaps and assets, enable comparative learning, and measure progress toward goals. We also outline a future research agenda exploring locally grounded perspectives on modern slavery risk and resilience, to improve understanding of the factors underpinning resilience across different social and economic contexts.

This article will assist policy-makers by clarifying the concept of anti-slavery resilience, which can in turn inform policy design and implementation, and help to make connections between disparate initiatives from multiple actors. By combining a process for building resilience with an overview of social determinants underpinning a slavery-free community, a basis for gap-analysis and ongoing measurement is offered. The research agenda outlined to better understand factors underpinning resilience would make a valuable contribution to improving anti-slavery governance and assist in developing a better understanding of the linkages between achieving Sustainable Development Goal target 8.71 and wider sustainable development goals.

ABSTRACT
During the last decade, over 160,000 people were forcibly displaced internally because of narco-violence in Mexico. Displaced families suffer social and economic vulnerabilities that make them easy prey for trafficking and exploitation. This paper analyzes the association between forced displacement caused by narco-violence and trafficking of women and girls for sexual exploitation in Mexico. Data was gathered from 16 victims of forced displacement and trafficking in Monterrey, Mexico. The findings show that traffickers use different tricks and promises to trap displaced young girls and women, including orphans, children, and widows, and force them into sexual exploitation.

ABSTRACT
The US Occupational Safety and Health (OSH) Act of 1970 has helped reduce workplace fatalities and injuries. However, fatalities in migrant workers have disproportionately increased. This editorial discusses 1) how inequitably beneficial this health law has been for migrant workers 2) the unique occupational health risks labor trafficked migrants face 3) the role public health can play in addressing the needs of labor-trafficked migrant workers. Physical and emotional hazards, intrinsic to the notably dangerous occupations, are disproportionately felt by migrant workers due to systemic barriers including but not limited to economic hardship and coercion, language barriers, fear of legal repercussions, lack of protective equipment, racism and xenophobia. Labor trafficked workers also face additional significant occupational health risks and barriers to accessing medical care. Recommendations to protect labor trafficked migrant workers involve improvements in research, policy, medical education, and health care delivery are presented.

ABSTRACT
In 2017, the International Organization for Migration (IOM) released its global, de-identified database of human trafficking victims, the largest database of its kind, containing over 50,000 individual cases from 2002 to 2018. This study analyzes this new database with two objectives. First, it provides an overview and descriptive statistics of the entire database, including a year by year analysis. Acknowledging that at most 17 annual data points exist for any one variable, empirical analyzes are not used; rather the focus is on general patterns in the data. These general patterns are described, and hypothesized explanations for these patterns are offered. Second, given that Polaris is the sole data source for human trafficking in the United States, a year by year breakdown of the United States’ data is also included. This analysis is used to assess the types of trafficking and the socio-demographics of victims who are more likely to be identified and reported as human trafficking victims within the United States. This study compares, both globally and within the United States, the frequency of the socio-demographics of the victims and types of exploitation that are identified against estimated actual prevalence rates and relates these findings to media messaging and foci of anti-trafficking campaigns.