HT-RADAR’s tenth quarterly meeting welcomed 33 attendees on December 7, 2019. The main presenter, Dr. Arduizur Carli Richie-Zavaleta, presented her research entitled “Understanding the Experiences of Survivors of Sex Trafficking in the Healthcare Setting and their Medical Care needs during Victimization.” Dr. Richie-Zavaleta is an Adjunct Professor at the University of New England and Eastern University. The second presenter, Makenna Mays, shared about her ongoing research, “Survivor-Informed Recommendations for Health Care Professionals About How to Best Treat Victims of Sex Trafficking.” Mays is an undergraduate student at Point Loma Nazarene University.

Connected to crime: An exploration of the nesting of labour trafficking and exploitation in legitimate markets

De Vries, I. (2019). Connected to crime: An exploration of the nesting of labour trafficking & exploitation in legitimate markets. The British Journal of Criminology, 59(1), 209-230.

Ieke De Vries, MS, is a PhD Candidate in the School of Criminology and Criminal Justice at Northeastern University. Prior to starting the PhD program, she worked for the Dutch Rapporteur on Trafficking in Human Beings and Sexual Violence against Children in The Netherlands. Ieke’s research recently received significant support with a year-long fellowship from the Office of Justice Programs in the U.S. Department of Justice, which she will take up to complete her dissertation and her doctorate after her semester in London.

“No voice or vote:” trauma-coerced attachment in victims of sex trafficking

Trauma-coerced attachment (TCA)—often referred to as trauma bonding—has been noted and documented across various abusive contexts. TCA involves a powerful emotional dependency on the abusive partner and a shift in world- and self- view, which can result in feelings of gratitude or loyalty toward the abuser and denial or minimization of the coercion and abuse. The current study investigated TCA in a sex-trafficking context. Former victims of sex trafficking (N = 14) were interviewed for approximately 2–4 h using a semi-structured interview guide. An adaptation of grounded theory was utilized to code the interview transcripts for coercive control tactics, intermittent reward and punishment, and self-reported feelings, responses, and resistance/compliance toward the abuser. Coercive control tactics were present in all 14 narratives; intermittent reward and punishment was present in 10; and TCA emerged in varying severities (i.e., a continuum, rather than a dichotomy, of attachment). In addition to these findings, the current work proposes a systematic framework from which to study TCA, separating the processes involved in the formation of the traumatic attachment (i.e., implementation of coercive control tactics) from the outcomes of those tactics (i.e., dependency and adoption of abuser’s worldview).

Chitra Raghavan, PhD, is a clinical psychologist in New York City specializing in assessment of domestic violence, sexual harassment, rape, sexual assault, sex trafficking and any other abusive interactions, and the traumatic outcomes these situations engender. Dr. Raghavan is currently a tenured full professor at John Jay College of Criminal Justice. She is also the Deputy Director of the Forensic Mental Health Counseling Program and the Coordinator for the Victimology Studies in Forensic Psychology. 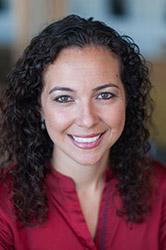 The relationship between women’s identities of sex trading and their engagement with social service providers remains understudied. Drawing from larger grounded theory study, in-depth, semi-structured interviews were conducted with 30 adult women who traded sex as adults and 20 service providers who come into contact with this population in a U.S. Midwestern city. Women engaging in services were sampled through maximum variation sampling and women not engaged with services were recruited through snowball sampling. Providers were recruited through purposive sampling through the coalition and nominations sampling. Findings suggest that women experienced one of three themes of identity formation with regard to sex trading (i.e. people who trade sex, independent prostitutes, or prostitutes with pimps). Although some women could legally be considered victims of sex trafficking, they viewed sex trafficking as the involvement of multiple underage girls in a trafficking ring, which did not resonate with their experiences. Providers would sometimes attempt to highlight their perceived danger of sex trading and use different words than their clients used to describe the sex trading. Women received messages of financial worth in sex trading based on their racial identities. Implications for social work practice are discussed.

Lara Gerassi, PhD, focuses on increasing the safety and security for individuals involved in or at risk of commercial sexual exploitation and sex trafficking. She is the lead author on a book entitled Sex Trafficking & Commercial Sexual Exploitation: Prevention, Advocacy, and Trauma-Informed Practice and has authored multiple peer-reviewed publications as well as book chapters and contributions on gender-based violence and sexual risk behavior. Her direct practice work with survivors of violence and experiences earning her clinical license (LCSW) have served as an essential foundation to her research agenda.​

Sex traffickers’ views: A qualitative study into their perceptions of the victim–offender relationship

Until now, most of our knowledge regarding sex trafficking comes from studies of victims. Only a limited number of empirical studies have focused on those who conduct the business of sex trafficking. This article examined sex traffickers’ perceptions of the victim–offender relationship. Using a grounded theory approach, verbatim interviews with sex traffickers were analyzed. Four major themes emerged: perceptions of the initiative, the (victim–offender) relationship, their own role and work methods, and on the victims who reported to the police. The results provide a complex picture that shows variations in relationships, roles, and work (control) methods over time within the same victim–trafficker dyad as well as between individual sex traffickers.

Colinda M. B. Serie, holds a Master’s degree in Forensic Psychology and in Psychology and Law, obtained in 2014 at Maastricht University. Currently, she is working as a PhD researcher at KU Leuven Institute of Criminology (LINC). Her main research interests lie in the field of forensic psychology and youth criminology. Her current research addresses rehabilitation frameworks for adolescent delinquents.
Anja Krumeich is professor in Translational Ethnographies in Global Health, at Maastricht University.
Anke van Dijke is a member of the board of directors of Fier Fryslan.
Ellen de Ruiter works as PR advisor and project manager at Fier Fryslan.
Linda Terpstra is chair of the board of directors of Fier Fryslan.
Corine de Ruiter is professor of Forensic Psychology, at Maastricht University.